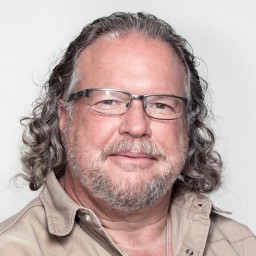 Jason Fogelson is a freelance automotive journalist and editor. He has covered cars, trucks, SUVs and motorcycles for a variety of print, web and broadcast media, including About.com, AOL Autos, AutoGuide, Autotrader, Autobytel, AutoWeb, CarGurus, CNN.com, Forbes.com, Kelley Blue Book, RideApart, the Los Angeles Times, Entrepreneur Magazine, Maximum Drive Magazine, Mazdasport Magazine, Men’s Journal, The Star Magazine, Stereophile’s Guide to the Connected Home, Fine Living Network and others. For ten years, he wrote a weekly column about powersports for Best Western Hotels' travel blog. His first book, “100 Things for Every Gearhead to Do Before They Die,” came out in 2015.

Jason served two terms as President of the Motor Press Guild, and is a member of the Midwest Automotive Media Association and the Automotive Press Association. He also writes music, theater and film criticism, in addition to the occasional screenplay. Jason lives near Detroit, Michigan, with his wife, two dogs, two cats, 25 guitars, his motorcycle, and his pickup truck.

The Volvo Spinoff Brings a New BEV to Battle With the Other Guys (That’s You, Tesla)

The don’t-call-it-a-minivan is a Multi-Purpose Vehicle.

Two versions of the BEV will arrive, with lower pricing.

Emerging from the shadows, a new Eclipse Cross arrives for 2022.

The all-new crossover embodies the Acura mantra of "Performance Through Design."

Kia’s flagship full-size rear-wheel-drive sedan finally runs aground in the US market.

The 2021 Toyota Corolla represents the accumulated knowledge, experience, and skill of generations of car designers and engineers.

Durability is something to admire. If a new Tacoma appeals to you, be ready for a long-term relationship.

The 2021 Nissan Altima is a nice upgrade from a compact sedan. It is a tasteful, smart choice for a rising young executive – not flashy or excessive, and not a penalty box for your commute.

The 2021 Ford Bronco Sport turns out to be a cool little crossover SUV with enough off-road chops for adventure, and enough utility and class for general use.

There’s a reason Highlander has been growing for 20 years, both in size and in sales.